Standing Down And Signing Off 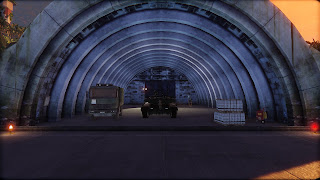 I think I am done with Armored Warfare.

I can't say for sure if all I need another break from the game (at least this time I am giving all of you a heads up, not just an unannounced and sudden departure), or if the on/off over these last few years have finally caught up with me (again even).

For the past while, I would wake up way too early, or race home from wherever I was and try to squeeze the most out of the game, from a battle or two, up to nearly a whole waking day on binge gaming. That's just not healthy, by any measure.

Also, a lot of that time was wasted on waiting for a favorable map and/or tier to battle it out.

I guess the turning point came now, a little over a week into this new year. I looked at how much time I have invested, the items won, collect and earned and the overall progress I made and all the goals I would have yet to attain. I have no regrets about the real world money I have spent, since it supported my habit up to this point, but I don't really feel any sense of accomplishment and loading up, queuing and battling it out feels more like a chore that has to be attempted or completed.

This isn't this first time or game this feeling has happened, World of Warplanes was a title I was deeply immersed in for a long time and I walked away from it, never looking back.

This blog was built on my self-introduction to Armored Warfare and two other tank genre games (World of Tanks and War Thunder, both I haven't played in years) just a touch over 4 years ago and I think it's time to switch my addiction to a genre I still feel good while playing and only recently started talking about again....

If you want to join me for the ride, check it out here https://behindthewheelgaming.blogspot.com/
Posted by Quesnel theGamer at 19:14 No comments:

Just A Quick Flash Of Numbers 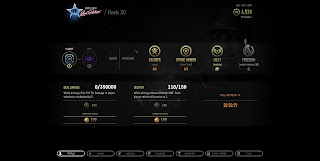 I haven't been, nor probably won't be playing much Armored Warfare.

With long work hours and a short time to eat, shower and sleep in between, doesn't leave me a whole lot of extra room for massive gameplay like I could squeeze in over the Holidays. However, I will do what I can to slowly move my progress along.
Posted by Quesnel theGamer at 19:55 No comments: 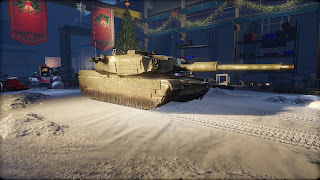 The next major goal in Armored Warfare is to collect the premium American tier X CATTB. 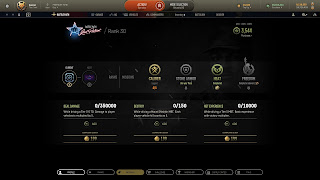 However, that will require another 70,000 Battle Coins to make that happen. Good thing I have a decent start this New Year, along with missions being reset to help out. 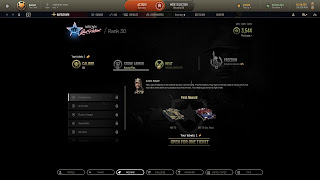 Since I have the final ticket from "Ranking Up," might as well open up the MBT-70 mission. 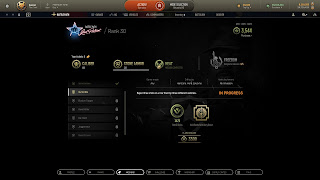 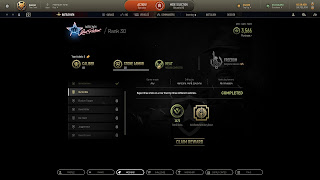 Yes, it was as easy as the next battle. 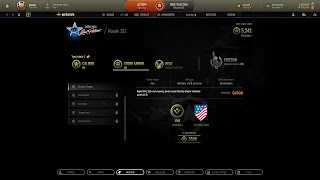 Posted by Quesnel theGamer at 19:28 No comments:

Another Griffon In The Nest 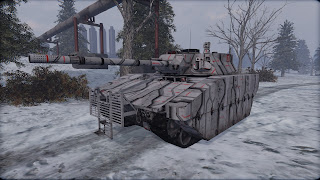 I manged to start off the New Year with a 70,000 Battle Coin/Armored Warfare goal completed, but more on that in just a bit. 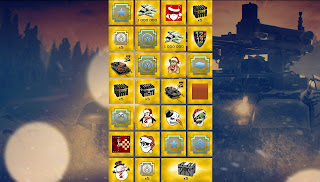 The Winter Calendar is over and here were all the prizes that could have been won. 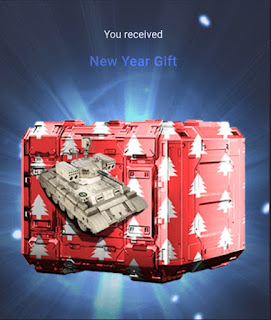 I was lead to believe the three day rental, premium tier IX Chinese QN-506 was going to be the last day of the Winter Calendar. It turned out to be a separate, limited time item through the My.Games Store. 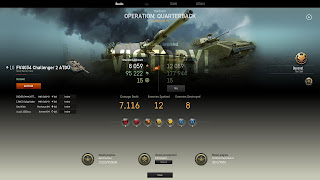 I have also moved up one more level towards collecting the American premium tier VI Expeditionary Tank, which I will complete that and showcase the tier VIII Griffon 120mm Light Tank in the following video....
Posted by Quesnel theGamer at 20:11 No comments:

Posted by Quesnel theGamer at 20:30 No comments:

For this one mission in Armored Warfare, called Net Experience, I had to use tier VI-VII Armored Fighting Vehicles and collect 10,000 base experience. That meant, no bonuses, just the straight total. 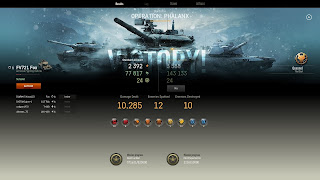 Early on, I tried out the tier VI FV721 Fox, a vehicle that has yet to win me over in terms of performance and results. A short round burst 30mm L14A3 APFSDS shells from it's main gun is rather disappointing for damage, while the MILAN 1 ATGM fired for it's twin missile tubes offer up a better option to deliver the hurt to the enemies. 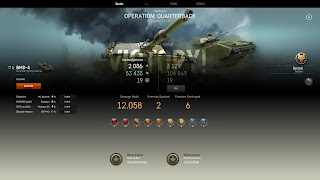 After subjecting myself to the frustrating Fox, I switched over to the tier VI BMD-4. Although it has a few choice of armament and ammunition, I stuck with the autocannon, firing 30mm 3UBR6 APBC shells and 3UBK10-3 ATGM as the secondary weapons. 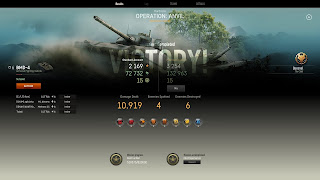 The BMD-4 had the feel of  a tier VIII Terminator in terms of firepower performance, sporting much better speed and maneuverability, but with almost no negligible armor.

Now, just waiting on the next Net Experience mission....
Posted by Quesnel theGamer at 09:06 No comments: 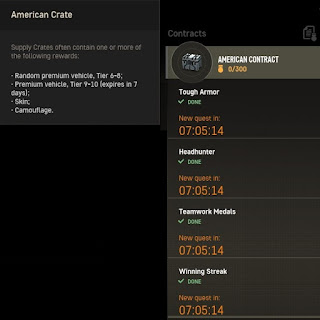 I have it on good authority the closest items to a free Christmas vehicles this season in Armored Warfare will be the tier IX Chinese QN-506 and that will be only a three day rental (watch during the last two days of the current Winter Calendar), which is on par with the past offerings, the Challenger 1 Wolf for Day 13 and the AMX 10RCR for Day 19.

Although some would be quick to point out the current American Dream Battle Path, where no less than six permanent premium vehicles can be earned, should be more than enough. However, I think a "token" vehicle, with no effort or strings attached, would have been a nice gesture given the time of year.

Instead of brooding over that situation, I decided to cash in the American Contract (and spend 700 Gold for the bottom two missions, since they want PvP requirements to be met) and see what new things I will get....

Posted by Quesnel theGamer at 12:53 No comments: